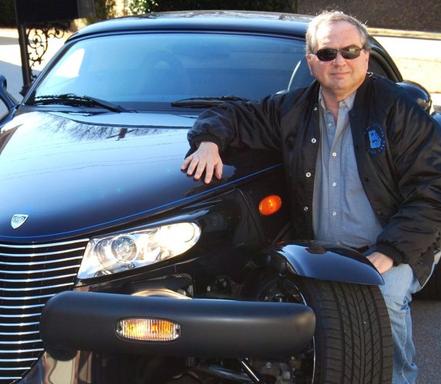 Not Just Another Car Club!

The Georgia Cool Cruisers was formed in June of 2013 by Rick Ellis. The club is open to anyone with an interest in cars and enjoy an active organization that's purpose is to fund-raise for charities, both local and national. Rick has been a car fan since his childhood when his dad had such awesome cars as a '52 Studebaker and a '57 Chrysler with a push-button Hemi. Rick's interest peaked in 2000 when his wife Sharon bought her PT Cruiser and joined the PT Cruiser Club. Rick decided that she was having way too much fun, so he purchased his '01 Chrysler Prowler.

The first car show he organized was a PT Cruiser / Prowler Cruise-In at the Galaxy Diner, which became a regular monthly event (now starting it's 9th year). The Galaxy events have grown into a popular neighborhood event, each month supporting a charity.  Rick also served as an officer and president of the North Georgia Mopar Club where he added multiple events that supported a variety of charities with entry fee donations. When the club decided to change directions, Rick formed the Georgia Cool Cruisers to continue the charity fundraisers.

Since 2013. the club raised over $300,000 for such great causes as Toys for Tots, It's the Journey (Breast Cancer Treatment & Research), USO Georgia, Furkids Animal Rescue, Hot Rodders Children's Charity and Shop With A Cop.

We are putting together another FULL year of events, kicking off in February and running though December.

Our club has grown from our humble beginning in June of 2013 to over 150 members. You can  be part of our group by joining at any club event, or clicking on the membership tab and clicking on the link to print an application. You can even pay online via PayPal.

We hope to see you at one of our shows soon!